Warriors in our Midst- Charlene Walters 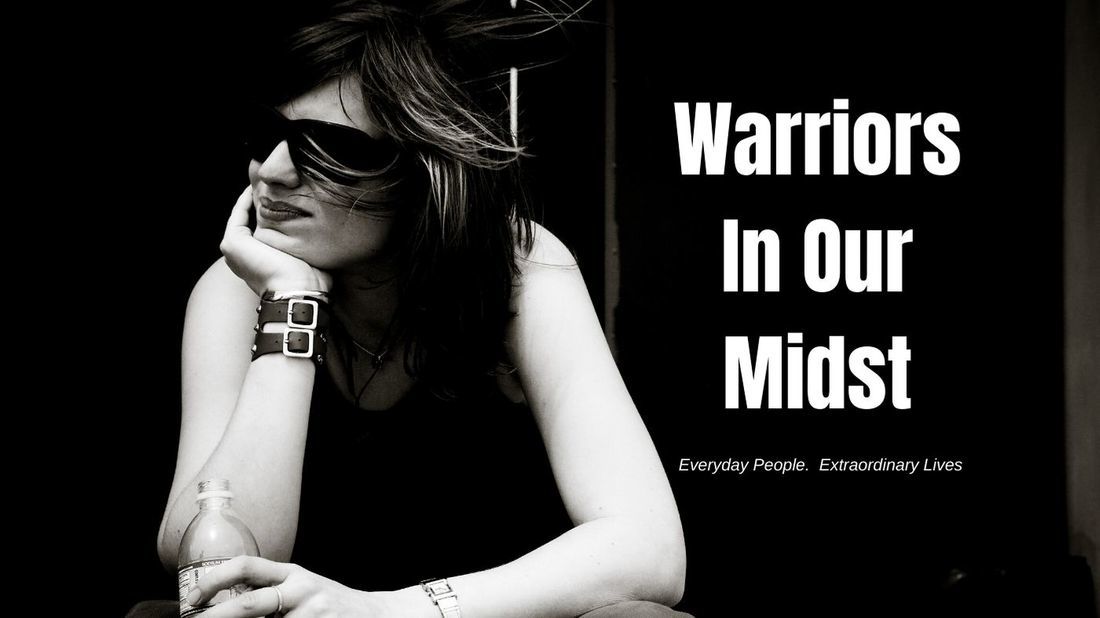 Warriors In Our Midst looks to the extraordinary in the everyday: extraordinary human beings, yet everyday people who have confronted some of life’s most difficult challenges, emerging from their struggle with new found resilience. Carving a path from adversity to resilience, the journey these Warriors traverse casts light into darkness, illuminating the way for all who seek the possibility of hope beyond despair, and inspiration to live your best life. 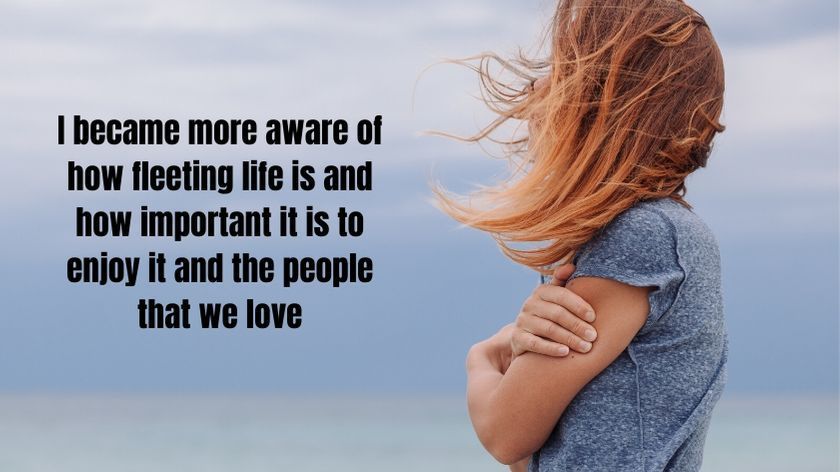 Death is something most of us don’t really like to think about, let alone talk about. None of us wish to consider our mortality unless we are pushed into having to, such as one might if faced with a diagnosis of a life threatening or terminal illness, or when someone we love dies. Then, reluctantly, we are forced into contemplation of our mortality, either our own or of someone we love.

For some, this may initiate a spiritual quest, an existential reflection on living, on death, and on the meaning of it all . We may find ourselves in search of meaning and depth, a soulful journey that takes us into new and unchartered territories. Perhaps the one thing for certain about death is that it changes us.

With the death of my first husband, Stu when he was 33, I found myself in a completely unfamiliar emotional landscape. The shock and grief were utterly devastating. I wrote my first book After Life After You  in response to this unspeakable anguish and as some way to make sense of my grief and pain. Through writing about my experience, I was able to connect with other people who had experienced the death of someone they loved. Entrepreneur and author, Charlene Walters, is one such person.

Charlene knows the horror of confronting one of life’s most difficult challenges, with the sudden death of her husband throwing her life into chaos and anguish. As difficult it may be for the reader to read or reflect on the trauma her experience, Charlene’s life story is an inspiration for all. Going to hell and not just surviving, but thriving, she has taken her experiences and turned her grief and loss into a life mission by helping others live their best lives. Her story is a celebration of life and what can transpire when we lean into not turn away from our challenges. Our greatest lessons sometimes come from our greatest trials, and Charlene is, in every sense of the word, a true Warrior. 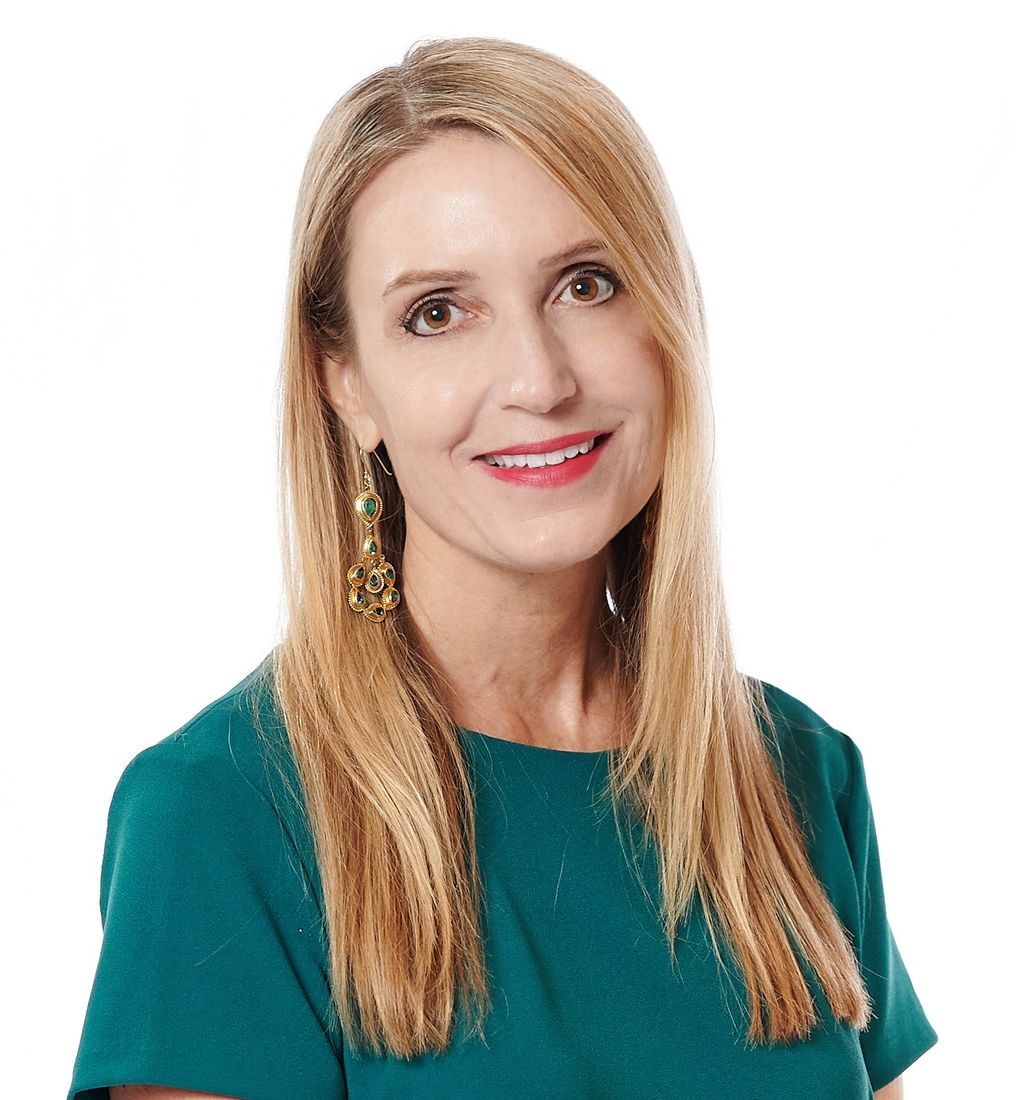 I’m Charlene Walters and I’m a business, entrepreneurship and branding mentor, writer, speaker, leader of a Digital Entrepreneurship program, and a featured expert/mentor on Entrepreneur Magazine’s Ask An Expertplatform. I’ve also contributed to many articles and have written a book- Own Your Other- a memoir on embracing life’s unpredictable journey(it’s pre-publication).

I am writing a second book now as well- this one is about developing an entrepreneurial mindset for female entrepreneurs (more to come). I’m a blogger too- my blog is called Entrepreneurship, Life Enthusiasm and Energizing Your Brand. And last, but not least, I am a mother of two beautiful girls (ages 12 and 14).

My memoir,Own Your Other,is a slice-of-life love story about life with my husband- from the day we met until the day he died suddenly in a helicopter crash leaving me and my two daughters- just two and four- behind. It’s also about everything I’ve experienced since then and how I’ve adapted to becoming a widow/single mom and how I’ve been able to find myself in the aftermath.

It’s hard to lose people we love, and I hope that sharing my story will help others who are going through similar losses. My husband, Patrick, was larger than life. He was funny, smart, charming and someone everyone wanted to be around. There are so many things that I loved about him, but mostly I miss sparring and joking with him, watching him with the girls and just having him here as a friend and partner. I also miss the times when he would circle our house in a helicopter to say hello. I still perk up at the sound of one overhead.

Dark Night of the Soul

I get into the whole detailed story of Patrick’s death in my memoir, but in general, he left for work one night and never came home. I found out that his aircraft was first missing around 11:30 PM one Friday night (I was home alone with my two toddlers), but didn’t get the official word that he’d died until around 5:00 AM that next morning. It was a night of utter torture for me- one that I would never wish upon anyone.

After the crash, there were several weeks of funerals and events – six in total. I was largely in shock during those early days and distracted by the grand outpouring of support from my community as well as taking care of my two young girls. In many ways, I felt like the grief process for me was largely delayed for a few years. In general, it was very overwhelming and just too big for me to even fathom.

Grief is hard to describe because it is so different for everyone. Mine was really delayed, as I mentioned, and I lingered in shock for a long time, imagining that Patrick was just away at work. It was difficult for me because Patrick’s passing was so unexpected, and I didn’t get to see him physically to say goodbye and process it fully. I longed for closure- still do. Once the shock subsided, I lived in anger for awhile until I finally realized that it wasn’t getting me anywhere. I eventually learned to accept what happened knowing that there wasn’t anything I could do to change the outcome.

Now, ten years later, my grief has largely subsided, but it still comes in spells, and I will always remain hurt that my girls didn’t get much time with their father.

The loss didn’t really affect me in terms of my religious beliefs; however, it’s made me live more in the moment and make time for the people that I love. I’m now so well aware that nothing is guaranteed. I hope it’s made me a better person too.

The other side of grief

It was so hard to find my normal after the crash. I continued to relate to my previous life, and it took me a long time to acknowledge that I was living a different life. I didn’t want anything to change. It wasn’t until I learned to embrace the difference, the change, my “other” that I began to thrive and adapt.

In general, I became more aware of how fleeting life is and how important it is to enjoy it and the people that we love. When my world turned upside down, I was trying to keep it all together and project a strong image because I wanted to be a good role model for my girls. There are moments when I feel like I’ve been given the short end of the stick, certainly, but I try not to dwell in them.

When Patrick died, I was mid-PhD, working a couple of jobs and taking care of my two toddlers by myself. I didn’t think that I would make it through and complete the PhD, but I did! I was so proud of myself for sticking with it despite the obstacles. As such, it’s one of my prized life achievements because it took me such a long time and was one that I had to really fight for.

By sharing my story with others, I hope to help people who are going through similar losses, or women who have become single mothers and are struggling to adapt. I also hope to raise awareness for people in these unique situations so that people (in general) can better understand what it’s like and have more empathy for them. The memoir is a giant love letter to my husband and daughters too.

My life now is full. I’ve been blessed with two beautiful children and it’s been a joy to have the past ten years with them since the crash. It’s been tough at times, doing it all on my own, but I wouldn’t trade that time for anything. I’ve also accomplished a lot professionally and achieved many of my goals. I’ve become a stronger, kinder and more empathetic person too. I do hope that I will find another great love one day in the future (fingers crossed) and I also still have a lot more life to live so I plan to maximize it.

As far as the current situation in the world, I think my previous experience has actually made me a bit more resilient in dealing with the changes because I’ve been through so much already. It’s certainly made me more protective of the girls and more cautious in general.

My heart breaks for others who have lost people that are close to them though. I can understand and relate to what they are going through and wish the best for their hearts, health and recovery.

The Meaning of Life

What I’ve learned from my experience about the meaning of life is to make the most of it, help people, be kind, keep moving forward and to give of yourself whenever you can. Our time here on earth is just so limited and we don’t know when it will end. I try to live without regrets and to be the best person I can be (although I still always have a lot of work to do).

A Message for Others

Find her on social:

All Guest Blog Post Resilience from Adversity Warriors in Our Midst