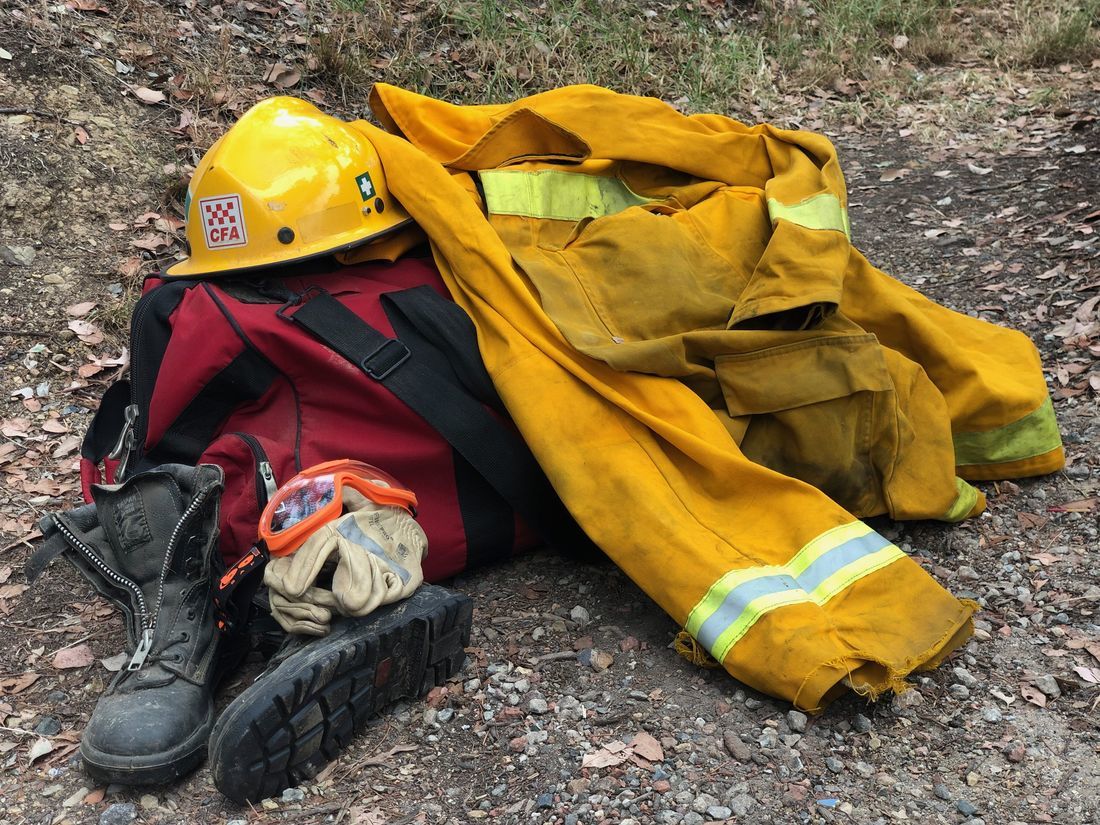 The day had an ominous, foreboding quality to it from the start. Extreme heat, gale-force winds, and an overcast, otherworldly look about it.

On this day, people would lose their lives. This would be their last day on earth.
Something felt odd. I felt an extreme sense of unease.

We gathered early at the fire station, doing our truck checks, running out some hoses, testing radios. Business as usual at the fire station for a Total Fire Ban day. Except on this day, the whole state was on alert. We were on edge, not really knowing what we were in for, or what the day would bring.
I remember sharing my concerns with one of the brigade members, and he shrugged it off, dismissing my fears with a condescending smile.

But none of us could have anticipated what that day would bring.
Not even me.

The signs had been there all along.
In the previous couple of weeks, the heat was so extreme that railway tracks buckled under the pressure of the weather onslaught.

The recently opened Southern Star - Melbourne’s giant Ferris wheel that my family and I had taken a ride on not long after it launched- was closed because the extreme temperatures had melted and weakened the steel.

And the morgues were overflowing with in excess of 300 people stored there who had died from heat-related illness.

Vegetation had dried out. My late grandmother’s hardy chameleon and Daphne shrubs had perished in spite of my best efforts at sheltering them from the punishing sun under umbrellas tacked onto star-picket posts and dowsed with buckets and buckets of water. But nothing could save them. The stage 3A water restrictions really tested our ability to keep plants and gardens alive. There was a rotation system whereby you could water your garden before 8 am in the morning on every other day and based on the letter your surname started with.

The Millennium Drought had taken its toll. We were living in extreme times. If the rains didn’t come soon, Melbourne’s shrinking and precious water reservoirs would become perilously low, perhaps unable to sustain the population relying on them.

Consecutive days of above 45 degrees Celsius temperatures had everyone exhausted and in a daze.

The conditions were ideal for catastrophic fire weather. High winds. High heat. Low humidity. Dry vegetation. Dry summer thunderstorms and not a drop of rain anywhere on the radar.

As we went about readying our trucks and ourselves, the lieutenants set about choosing crews for trucks. I put my hand up for Tanker 1 but didn’t get picked. I was really pissed off.  Tanker 2 crew had already been selected, so it looked as though I was to be surplus crew and available for manning the fire station for local defence.

The mood was reasonably calm until that first page came in. We had been monitoring the radio and hearing what was happening throughout the day. The reports started to trickle in at first. Then these started to build until an avalanche of chaos emerged in real-time. Once that page came in, we had crossed a line into the fiery inferno of hell.

Soon, reports came in of bodies on roads. In houses. We didn’t quite believe it, and I remember saying to Mum on the phone that it was like Ash Wednesday, only worse. She didn’t believe me. Our Tanker 2 had been dispatched up the mountain for strike team duty, so when the page came in for the family trapped in a house surrounded by fire in St Andrews, our Tanker 1 responded. I was still angry that I wasn’t on that truck. Then the same page came in again. And again. Like a broken record, something was malfunctioning in a system overloaded with too many fire calls. We watched from the fire station on the hill as the smoke built and built. Another brigade member and I went for a recce in one of the cars to see if we could see anything starting in the immediate area. All we could see was Kinglake mountain on fire.

Our little fire station had been stripped of firefighting resources, crew, the Captain, and 3 lieutenants. We scrambled to outfit the lighting unit with makeshift resources – a couple of standpipes, some length of hose, and some branches. The remaining lieutenant arranged for a council flusher to be stationed in our shed – it was a brilliant decision to attempt to arm us with some firefighting capability. But this was a completely unfamiliar appliance, so we had to learn quickly how to 'use it in anger'.

It was super disconcerting to know that resources across the State had been stretched beyond capability and that all we had to defend our patch was a council water flusher and a non-firefighting truck.

As we were getting our heads around our reduced capacity and the encroaching smoke, one of our worst fears unfolded over the radio. From somewhere up on the mountain, our crew had put out a May Day call. For a moment, we held our breaths in terror as time stood still. The airways cleared for priority emergency communications. The whole state listened in as our crew of 5 spoke with the Vic Fire call-taker about their dire situation, all of us waiting for radio comms to drop out at any minute. We were sick with anxiety, fearing we were about to actually hear our friends get killed over the airwaves. At this point, I was glad I hadn’t been chosen to crew the tanker, because that would be me right now. By some miracle, another truck came across the tanker and got the crew to safety. Disaster averted. We all breathed a sigh of short-lived, momentary relief.

The state continued to burn, and as we were bracing for another bushfire to threaten our little township once again (as it had done when Mum lost her home), we watched as a late wind change sent the fires away from our direction but back up the hill to decimate the township of Kinglake.

In a cruel and tragic irony, I had been scheduled to do a Fire Ready meeting for bushfire readiness that day up in Kinglake but had cancelled on the Friday because of the conditions and needing to be available for fire calls. The following Sunday morning, a meeting had been scheduled at a local street corner, so I went along as CFA rep in case anyone showed up. People did show up. We kind of gathered in shocked quiet, not quite sure of how to get our heads around what had happened the day before. Reports as to the extent of the losses and the impact of the fires were still only filtering in. Nobody had any idea of the extent of the impact yet.

The next 10 days were a monster wave of continuing to manage fires that still burned, manage rotating crews, get food, water, and supplies to people in desperate need, and begin the awful process of disaster identification and body retrieval of charred remains of people who had perished in the fires. My husband was in the squad of people involved in this operation, working alongside the Disaster Victim Identification Unit. With human remains gently brought back to the safety of temporary holding containers balanced on the precipice of time, the funerals could begin. And people could begin the long slow process of saying goodbye to their loved ones.

Days rolled into weeks. Smoke lingered in the air for ages as things continued to smolder and burn. Roads that have been closed due to safety and clean-up operations were opened once again, allowing people back to locate what remained of their homes. Life slowly returned to a static, more manageable tempo. People were deeply hurting but they had enough moments of pause to string together to be able to catch their breath.

173 souls lost their lives that day. I’ve heard many have since died. The process of rebuilding houses, buildings, communities, and lives from the ashes of this tragedy has moved forward in incremental fits and starts.

But the scars of trauma lie hidden just beneath the surface, just beyond the smile.
Ten years on, this anniversary has caught me completely by surprise. So many losses, the line in the sand dividing days of innocence from terror and unthinkable trauma and its aftermath.

I look into my friends’ eyes and I can see the hurt that they pretend is not there.
It’s the kind of hurt that never goes away.
You just learn to live with it, like a shadow, forever walking alongside you.

.....Some call that resilience.